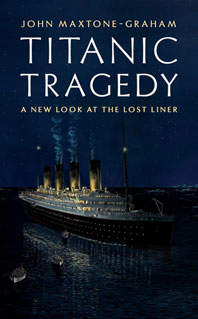 The dean of ocean liner historians uncovers fascinating and unknown aspects of this epic disaster.

This is a book unlike any other. Rather than offering simply a detailed retelling of the Titanic sinking on her maiden voyage, John Maxtone-Graham devotes his considerable knowledge and impeccable prose to a discussion of salient, provocative, and rarely investigated components of the story, including dramatic survivors’ accounts of the events of the fateful night, the role of newly in-vented wireless telecommunication in the disaster, the construction and its ramifications at the famous Harland and Wolff shipyard in Belfast, and the dawn rendezvous with the rescue ship Carpathia. Richly written and vividly detailed, this is the book Titanic buffs have been waiting for.