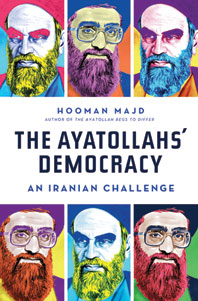 A New York Times best-selling author offers a personal, candid tour of the political and social landscape in Iran.

Hooman Majd offers a dramatic perspective on a country with global ambitions, an elaborate political culture, and enormous implications for world peace. Drawing on privileged access to the Iranian power elite, Majd argues that despite the violence of the disputed 2009 elections, a group of influential ayatollahs—including a liberal, almost-secular opposition—still believes in the Iranian republic; for them, “green” represents not a revolution but a civil rights movement, pushing the country inexorably toward democracy, albeit a particular brand of “Islamic democracy.” With witty, candid, and stylishly intelligent reporting, Majd, himself the grandson of an esteemed ayatollah, introduces top-level politicians and clerics as well as ordinary people (even Jewish community leaders), all expressing pride for their ancient heritage and fierce independence from the West. In the tradition of Jon Lee Anderson’s The Fall of Baghdad, The Ayatollahs’ Democracy is a powerful dispatch from a country at a historic turning point.

“No writer knows more about modern Iran than Hooman Majd. Nor does any other commentator write more cogently, or more beautifully, about this complex and sometimes opaque culture. The Ayatollahs’ Democracy establishes Majd as the go-to guy for understanding Iran and Iranian politics.” — Reza Aslan , author of No god but God and Beyond Fundamentalism

“The first fifty pages of this book would make a Sundance-winning film, but the meat of the book explores, in vividly readable style, the evolving concept of Islamic democracy, the widespread support for nuclear power, and the historical pride and resistance to western intervention. A well-connected insider with the eye of a master psychologist, Majd gives us a nuanced, in-depth portrait of a country both far more sophisticated and far less rigid than western policymakers have yet appreciated.” — Lesley Hazleton, author of After the Prophet: The Epic Story of the Shia-Sunni Split