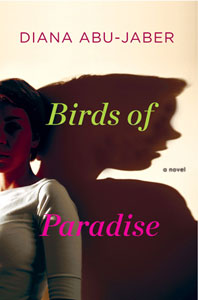 A multilayered, beautifully textured novel about family and self, self-indulgence and generosity, against the vivid backdrop of contemporary Miami.

In the tropical paradise that is Miami, Avis and Brian Muir are still haunted by the disappearance of their ineffably beautiful daughter, Felice, who ran away when she was thirteen. Now, after five years of modeling tattoos, skateboarding, clubbing, and sleeping in a squat house or on the beach, Felice is about to turn eighteen. Her family—Avis, an exquisitely talented pastry chef; Brian, a corporate real estate attorney; and her brother, Stanley, the proprietor of Freshly Grown, a trendy food market—will each be forced to confront their anguish, loss, and sense of betrayal. Meanwhile, Felice must reckon with the guilty secret that drove her away, and must face her fear of losing her family and her sense of self forever.

This multilayered novel about a family that comes apart at the seams—and finds its way together again—is totally involving and deeply satisfying, a glorious feast of a book.

“This Jordanian American author writes about food so enticingly that her books should be published on sheets of phyllo dough. Birds of Paradise contains her most mouthwatering writing ever, but it’s no light after-dinner treat. This is a full-course meal, a rich, complex and memorable story that will leave you lingering gratefully at her table.” — Ron Charles, The Washington Post

“The novel itself swells with life and style, with the stark contrast of the delicacy of fancy pastries and the down and dirty life on the beach.” — Alan Cheuse, George Mason University, Fairfax, VA., NPR, All Things Considered

“Diana Abu-Jaber’s gorgeous novel explores the ways a modern family can break down and be reborn. She writes with a precise, almost poetic distillation of feeling, heightened in contrast to the ripe, exuberant landscape and the unsettled feelings of a family in limbo.” — Amy Driscoll, Miami Herald

“With Birds of Paradise, Abu-Jaber has made an amazing, gigantic leap into rare air, that hazy stratosphere we jokingly call The Big Time. Her novel is that worthy, and that beautiful.” — Christine Selk, The Oregonian