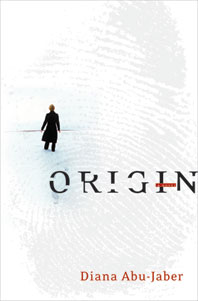 A fingerprint expert's investigation of a series of crib deaths leads her back to the mystery of her own childhood.

Lena is a fingerprint expert at a crime lab in the small city of Syracuse, New York, where winters are cold and deep. Suddenly, a series of crib deaths—indistinguishable from SIDS except for the fevered testimony of one distraught mother with connections in high places—draws the attention of the police and the national media and raises the possibility of the inconceivable: could there be a serial infant murderer on the loose?

Orphaned as a child, out of place as an adult, gifted with delicate and terrifying powers of intuition, Lena finds herself playing a critical role in the case. But then there is the mystery of her own childhood to solve....Could the improbable deaths of a half-dozen babies be somehow connected to her own improbable survival?

The beauty and originality of Diana Abu-Jaber's writing are here accompanied by deft, page-turning narrative tension and atmosphere, tugging the reader to an unforgettable conclusion.