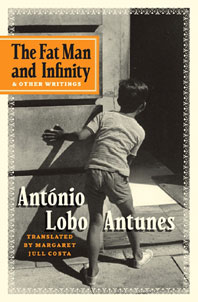 António Lobo Antunes's sole ambition from the age of seven was to be a writer. Here, in The Fat Man and Infinity, "the heir to Conrad and Faulkner" (George Steiner) reflects on the fractured paradise of his childhood—the world of prim, hypocritical, class-riven Lisbon in midcentury. His Proust-like memoirs, written over thirty years in chronicle form, pass through the filter of an adult who has known war and pain, and bear witness to the people whom he loved and who have gone into the dark. Stunningly translated by Margaret Jull Costa, in prose that glides like poetry, this is a modern-day chronicle of Portugal's imperfect past and arresting present, seen through the eyes of a master fiction writer, one on a short list to win a Nobel Prize. Readers particularly touched by Frank McCourt's Angela's Ashes will be drawn to this journey into the heart of one of our greatest living writers.

“The personal essays and reminiscences of António Lobo Antunes, happily gathered here, provide not only glimpses into Portuguese life but also passages that lead to the heart of experience itself. His descriptive quickness and his genius for metaphor cause the line between prose and poetry to vanish before our astonished eyes.” — Billy Collins

“Lobo Antunes’ sketches are alive with the poetry of the everyday, and tinged with the gentlest of self-mockery.” — J M Coetzee