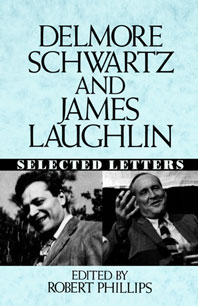 Here follows the highs and lows of a relationship between two extraordinary personalities.

Delmore Schwartz was the golden boy of the American literary scene until his untimeley death in 1966, alone and destitute. James Laughlin was the founder of New Directions, publisher and editor of the Modernists. This collection chronicles a correspondence that began with Schwartz's first unsolicited submission to Laughlin in 1937 and continued throughout the friendship that lasted until the poet's death. The relationship that developed between them was both literary, steeped in their own work and the work of their contemporaries, and personal: gifted storytellers, they delighted each other with factual and fictional observations. The two remained friends and colleagues until the mental illness that eventually claimed him, began to destroy Schwartz's ability to trust even those closest to him.