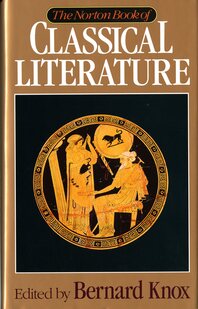 An anthology of classical literature features more than three hundred selections, including pieces on the origins of the Greek language, works by Homer, discussion on the fall of Rome and St. Augustine, and more.