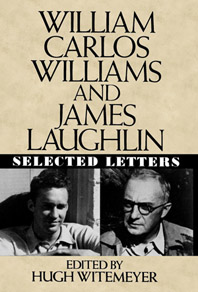 This volume chronicles the correspondence between William Carlos Williams, a Pullitzer Prize-winning American poet, and his publisher, James Laughlin, the founder of "New Directions".

The letters discuss modernism, art, publishing, and the writer/editor relationship between the two men.