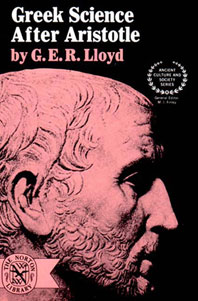 Although there is no exact equivalent to our term "science" in Greek, Western science may still be said to originate with the Greeks.

In this volume, the author discusses the fundamental Greek contributions to science, drawing on the rich literary and archaeological sources for the period after Aristotle. Particular attention is paid to the Greeks' conceptions of the inquiries they were engaged on, and to the interrelations of science and philosophy, science and religion, and science and technology. In the first part of the book the author considers the two hundred years after the death of Aristotle, devoting separate chapters to mathematics, astronomy, and biology. He goes on to deal with Ptolemy and Galen and concludes with a discussion of later writers and of the problems raised by the question of the decline of ancient science.