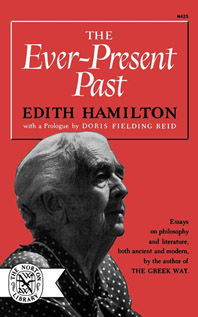 Essays on philosophy and literature, both ancient and modern, by the author of The Greek Way.

"A great lady with a disciplined and noble mind and an unquenchable love of good literature. In this volume, we can still hear that calm but not passionless voice explaining the grandeurs and difficulties of some of her favorite books and communicating her appreciation of them to us." —Gilbert Highet