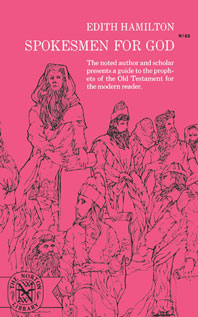 The noted author and scholar presents a guide to the prophets of the Old Testament for the modern reader.