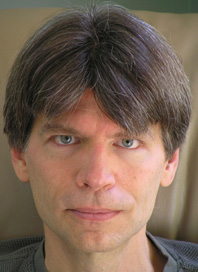 Richard Powers is the author of twelve novels. His most recent, The Overstory, won the Pulitzer Prize in Fiction. He is also the recipient of a MacArthur Fellowship and the National Book Award, and he has been a four-time National Book Critics Circle Award finalist. He lives in the foothills of the Great Smoky Mountains.