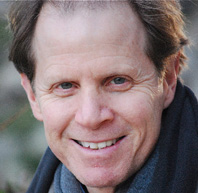 Daniel J. Siegel, MD is clinical professor of psychiatry at the University of California–Los Angeles School of Medicine, and executive director of the Mindsight Institute.