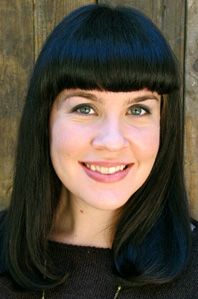 Caitlin Doughty is a mortician and the New York Times best-selling author of Smoke Gets in Your Eyes and From Here to Eternity. She is the creator of the web series Ask a Mortician. She lives in Los Angeles, California, where she owns and runs a funeral home.