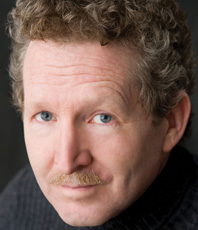 Donald S. Lopez, Jr. (Ph.D. University of Virginia) is the Arthur E. Link Distinguished University Professor of Buddhist and Tibetan Studies in the Department of Asian Languages and Cultures at the University of Michigan. His works include Elaborations on Emptiness: Uses of the Heart Sutra, Curators of the Buddha: The Study of Buddhism under Colonialism, Prisoners of Shangri-La: Tibetan Buddhism and the West, The Story of Buddhism, The Madman’s Middle Way, The Scientific Buddha, From Stone to Flesh: A Short History of the Buddha, The Princeton Dictionary of Buddhism (with Robert Buswell), and In Search of the Christian Buddha (with Peggy McCracken, published by Norton). He has received fellowships from the National Endowment for the Humanities, the American Council of Learned Societies, the Guggenheim Foundation, and the Getty Research Institute. In 2000 he was elected to the American Academy of Arts and Sciences.