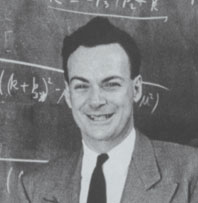 Richard P. Feynman (1918–1988) was a professor at Cornell University and CalTech and received the Nobel Prize for physics in 1965. In 1986 he served with distinction on the Rogers Commission investigating the space shuttle Challenger disaster.